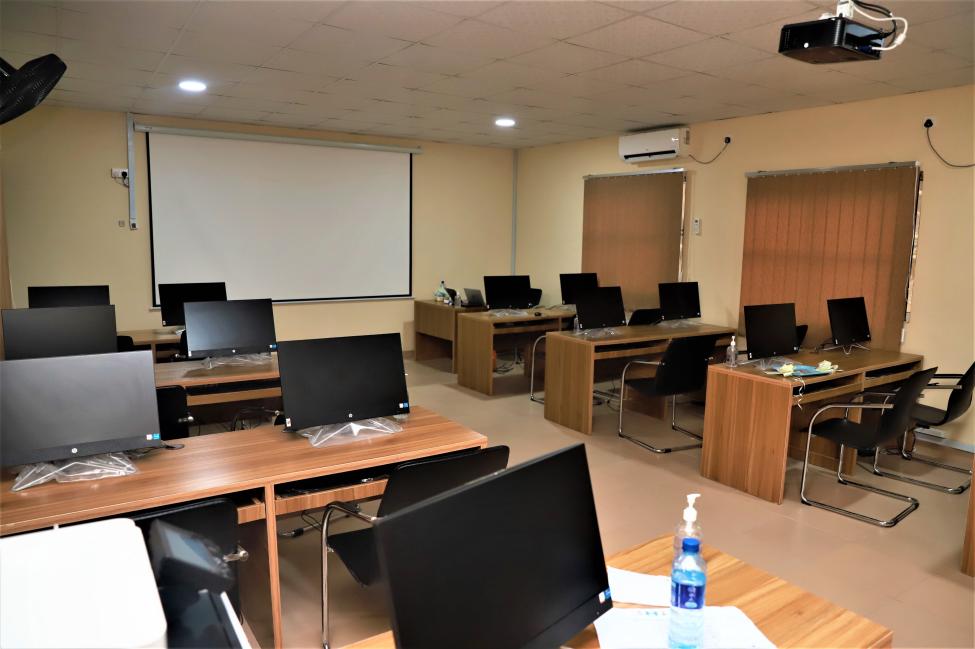 IOM carried out an assessment of the NIS training system in 2014. One of the major gaps identified was an over-reliance on long courses offered at the Service’s four training institutions, thus, resulting in many years (average of seven years) of wait before entering a course, and many more years (average of 20 years) of wait before being served with a subsequent course. Consequently, only a low percentage of NIS personnel benefit from crucial trainings.

Subsequently, a new NIS Training Strategy was developed and officially adopted by NIS in 2015. The strategy suggested the need to bring trainings close to NIS through established training centres situated at NIS commands, which are equipped with training materials.

The NIS Training Strategy Implementation Programme -Phase 2 (TSI-2) Project led by IOM and funded by the Government of The Netherlands is a continuation of the pilot phase which is targeted to enhance the fundamental capacity of border officials in dealing with migration issues and to increase awareness on the need to continuously improve and monitor the quality of border security and management. To date, over 2600 NIS officers and 190 NAPTIP officers have been trained across the seven established PTRCs in the country located at NIS HQ, Abuja, Anambra, Edo, Cross River, Kano, Kebbi and Ogun State Commands.

On August 25, the new PTRC was launched in the Lagos State Command of NIS. The Command is considered to have the largest migration and border operations in the country. The newly established PTRC is equipped with solar power, 15 computer systems, the Learning Management System (LMS), furniture and other relevant training materials & equipment.

“Today’s event is a further affirmation of the genuine desire of the NIS management to reposition the Service towards attaining a truly world class status. Without doubt, developing the capacity of our personnel remains the most important factor if we are to achieve our mandate of ensuring that our vast borders are safe and secured” said Babangida Usman Assistant Controller of Immigration.

“IOM appreciates the efforts from the agencies to achieve this major milestone, this PTRC is the current biggest PTRC in the country. We hope that all agencies will support the efforts of IOM in ensuring that the centres are put into good use as intended and train more officers across Lagos State” noted Ms. Maysa Khalil, Programme Manager, Immigration and Border Management.

A training curriculum, trainers’ guide and LMS were developed for the PTRCs to enable NIS officers to have access to regular fundamental trainings on the legal frameworks, policies and regulations governing the operations of the NIS. Similarly, a component of a joint training activity between NIS and the NAPTIP was included to boost synergy and interagency coordination and cooperation between both agencies in handling migration challenges related to migrants smuggling and human trafficking in the country.

Mr. Attila Van-Wijnen stated “I must congratulate IOM on all their work. I can clearly confirm that the centres are conducive for learning with all the right training equipment in place. I enjoin all officers to take good advantage of this facility and we look forward to continuous partnership with IOM and counterparts.”

The project “Training Strategy Implementation Project (TSI Phase 2) is funded by the Government  of Netherlands.