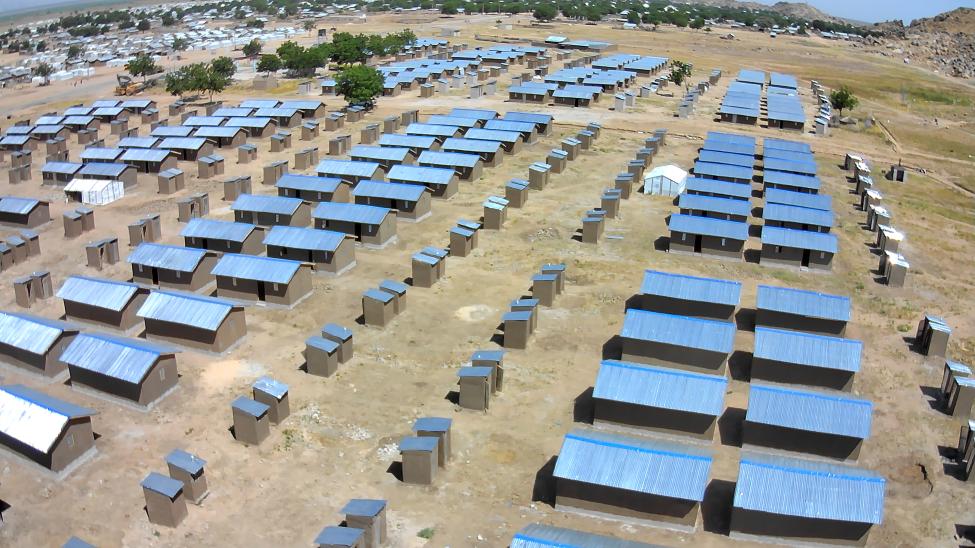 The intervention is in response to the recent closure of camps and camp-like settlements in Maiduguri Metropolitan Council (MMC) and Jere in mid and late 2022 and the resettlement of some of the affected population in Pulka, which has resulted in congestion in existing camps in the area. As many of those relocated from the state capital chose to move and settle in local government areas that are close to their pre-displacement locations, the burden on existing infrastructure in camps continues to increase, with humanitarian agencies working to scale up operations to address the new challenge.

"The decision to move the families from the Reception Center in Pulka to the Gofta Community Settlement is essential to improving the quality of life of the conflict-affected population and signifies the first steps towards transitioning to a normal life," said Laurent De Boeck, Chief of Mission, IOM Nigeria. "Through this intervention, each family now owns a mud brick shelter equipped with a latrine and a shower space, and is less susceptible to climate-induced hazards like floods and stormy winds," he added.

Aside from shelters, the resettled population also received livelihood support and non-food items to help them kickstart a new life, in addition to the over 3,000 direct and indirect jobs created as the mud brick shelters were constructed by the local community, who are mostly from the displaced communities.

The durable mud brick shelters initiative was adopted by IOM as a long-term solution to resettling all internally displaced persons to their pre-displacement communities in line with the state government’s reconstruction, rehabilitation, and rehabilitation drive amid camp closures in the state capital.